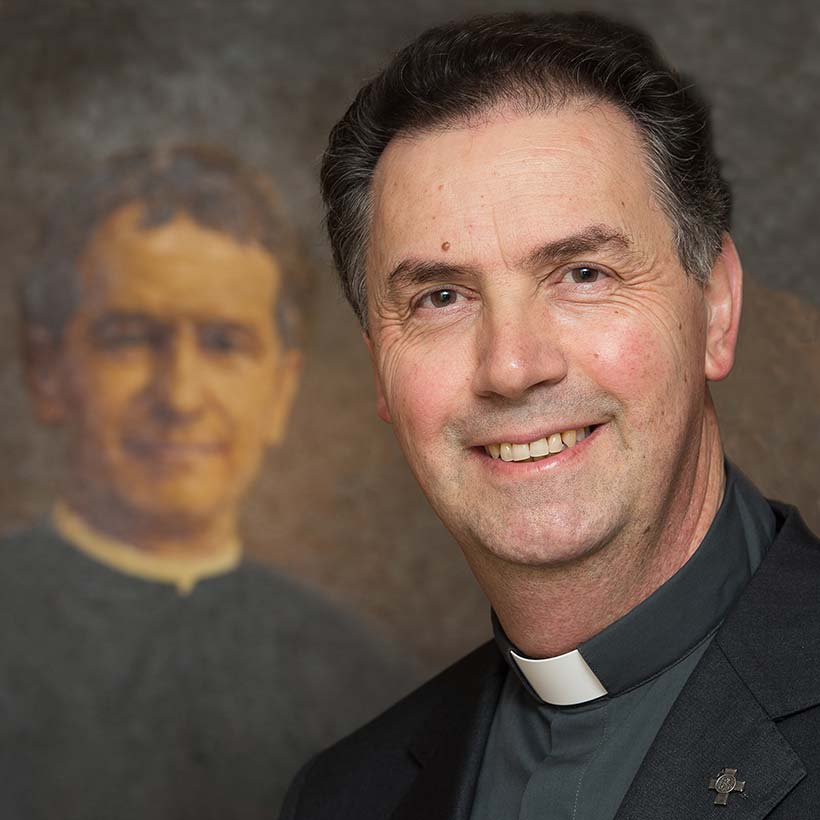 Rev. Fr. Ángel Fernández Artime was born on 21 August 1960 in Luanco-Gozon, Asturias, Spain; he became a member of the Salesians of Don Bosco on 3 September 1978, and was ordained a priest on 4 July 1987 in León. He earned a degree in Pastoral Theology and a Licentiate in Philosophy and Pedagogy. He was the Provincial Superior of León from 2000 to 2006. After being part of the Preparatory Committee which prepared the 26th General Chapter of the Salesian Society in 2009, he was appointed the Provincial Superior of South Argentina, based in Buenos Aires. In this capacity he also got to know and work personally with the then Archbishop of Buenos Aires, Cardinal Jorge Mario Bergoglio, today Pope Francis. On 23 December 2013, he was appointed Superior of the new Province of Mediterranean Spain. But before he could take on that new role, on 25 March 2014 he was elected by the General Chapter 27 as the Rector Major of the Salesian Society and the 10th Successor of Don Bosco.

Fr. Ángel Fernández Artime is the 10th Successor of Don Bosco. He is ‘Don Bosco alive’ today. He animates and promotes, in continuity with its predecessors, the sense of unity of the different groups of the Family, to develop that Great spiritual and pedagogical Movement dreamed of by Don Bosco. Attentive and open to the news and calls of the Holy Spirit in the Church, he makes himself close to the young, available to the poorest and those who do not know the love of God and the joy of the Gospel.

Video-Message of the Rector Major: “Young people need us, our presence, those who know how to communicate the love of God. Here is the commitment for this new six year term: To bring God to young people and especially to the poorest ones. We were born for them.”

Nepal Don Bosco School/College, with joy and great esteem, welcomes Fr. Ángel Fernández Artime, as Don Bosco would have done and, while entrusting him to God, assures him of the affection and the sincerest collaboration in the Educommunication and service to young people, especially the poorest.

Best wishes Fr. Ángel from all the NDBS Family educating communities in the world!